Can you crack The Code? XIXA, Tucson’s dark, dusty gothic overlords, aren’t even sure they can. For their new, four-track EP, they reached further into the desert, into their instruments, and into their words, carving a deeper, more grandiose space for their cumbia-tinged psychedelic rock to swell. “At times this record feels like us trying to decipher the language of our music,” says Gabriel Sullivan who shares lead vocals and lead guitar alongside Brian Lopez. “At others it’s like we’re intentionally hiding a code in the language of the songs. Everything has a mystic quality.”

XIXA are a guitar-slinging six-piece formed in the heart of the deep Southwest, uniquely attuned to the desert and their Latin roots. Combining gritty guitars, the bumping grind of chicha, and windswept desert blues into a mesmerizing stew, they are by turns trippy and devilish, like jam band getting high on Diá de Los Muertos. 2016’s Bloodline saw them inject heavy fuzz guitars and Latin pulses into sandy rock’n’roll, a potent mix that took them all over the world for nigh on two whole years.

And now they stand ready to take the next step, to follow, as Lopez puts it, “the sonic thread woven through our mutual admiration for Peruvian chicha and our roots as songwriters and storytellers.” The Code EP hones in on those elements that resonate most in their earlier works and discards those that didn’t, a distillation of what makes the XIXA sound so unique. “It’s the beginning of a sonic and visual effort that best defines what we consider to be The New Southwest,” adds Lopez.

With a visual language and artwork provided by world-renowned artist and Tucson native Daniel Martin Diaz – a long time collaborator of the band – that effort has birthed a swirling, raw collection of songs, intense and sun bleached yet shot through with an inky gothic horror. They scan like the long lost soundtrack to a panoramic Tarantino Western; poised, stylish, and menacing. On ‘Mantra’, Sullivan sings like Leonard Cohen re-imagined as a desert outlaw; ‘Osiris’ is Ennio Morricone stumbling through the Mexican badlands in a dream.

Then there’s the tumbling rhythms and underworld carnival spirit of the title track, a rollicking psychedelic ride guided by some smirking, malevolent demon. “I hear him everyday / But I cannot speak his name”, growls Sullivan as the band gallop away in a frenzy. It’s XIXA at their potent, eclectic best, stretching out to their past to pave the way to the future. “The Code is a record of language, mysticism, magick, desert,” says Sullivan. “It is our language.” Crack it if you dare.

“impossible-to-categorise blend of Indie, Americana and Chicha… on paper that might sound like an unholy mess but in practice it’s a potent blend indeed… superbly eclectic outfit” **** R2 Magazine

“This trippy music with devilish arrangements is made by gringo zombies lost in Mexico and produced with the help of muy fuerte peppers.” Les Inrocks

“At its best, it’s a haunting mesmerising stew – the sum, ultimately and rather impressively, outdistancing the parts” 8/10 Uncut

“XIXA brings cumbia music together with the amplified surge of hard rock and the more subtle technicolor of desert indie, and what a beautiful racket they make… For mine, the first brilliant effort for 2016. ” 10/10 Soundblab.com

“an immersive listen and a rewarding experience” 4/5 Songwriting Magazine 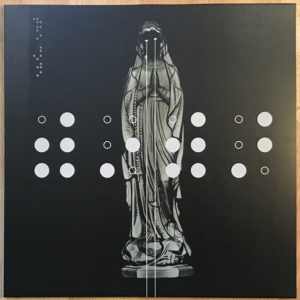 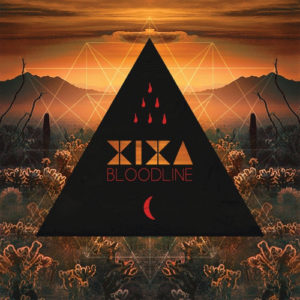