The Aggrolites are more than a band they are a movement unto themselves. They carry a banner – one created with their own hands. This banner reads, “Dirty Reggae,” and represents their signature fusion of reggae, soul, grit and determination. For seven magnificent years, this dirty reggae bunch has rolled from city to city, across the pond and up main street USA. They rally the kids, the parents, the students, the cops, the bosses and the drifters. The people come, they relish in The Aggrolites, the dirty reggae and the joy that comes with it all. The liberating rhythms and catchy grooves demand a return trip.

Out of the Los Angeles school of hard knocks, The Aggrolites have earned a PhD in “feel good music.” On the road they educate with the thunder and punch of the reggae drums and bass, the ripping, soulful melodies of the organ and guitars, and Jesse Wagner’s voice – a gift from the heavens, a perfectly intact gift from Otis, Sam, Ray and Wilson.

After eight years of touring the globe, The Aggrolites are proud to reveal their first live album, Unleashed Live Vol. 1. With five previous studio releases under their belt, including recently released Rugged Road, the next logical move for the band was a compilation of their favorite songs recorded live from recent shows at The Belly Up in Solana Beach, CA and The Roxy Theatre in Los Angeles, CA. Unleashed Live Vol. 1 features songs from all four previous studio releases plus a version of The Beatles “Don’t Let Me Down” and “Banana” by the legendary reggae artist, Roy Ellis. Release date will be announced sometime this fall and available digitally worldwide and in select retail outlets nationwide.

The Aggrolites have a specific way of making music. They don’t over think it, they don’t obsess over pop culture demands, they walk onto a stage or into a recording studio and let “it” happen – a culmination of inspiration – from the road, from playing alongside legends, and from the energy and motivation of their die hard fans.

The Aggrolites are well represented in film, television and video games. Their songs have been featured in NBC’s Friday Night Lights, MTV’s The Hills, Nick Jr.’s Yo Gabba Gabba, USA’s Dr. Steve-O, MavTV’s Rad Girls, the award-winning surf film The Pursuit, and Australian video game Cricket. The Aggros-backed, Tim Armstrong and Skye Sweetnam duet, “Into Action,” is featured in Dream Works Pictures’ Hotel For Dogs and Summit Entertainments “50/50” featuring Joseph Gorden-Levitt and Seth Rogen. Their renditions of The Specials’ “Ghost Town” and Musical Youth’s “Pass The Dutchie” will be heard in the upcoming teen surf comedy Endless Bummer, and “Free Time” will be in Walden Media’s musical-romantic comedy Band Slam and most recently Johnny Depp himself choose a brand new song for Disney’s last movie “The Lone Ranger” 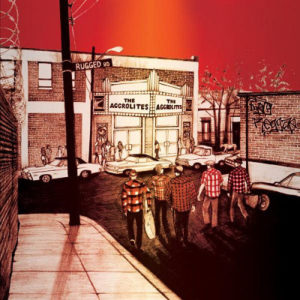 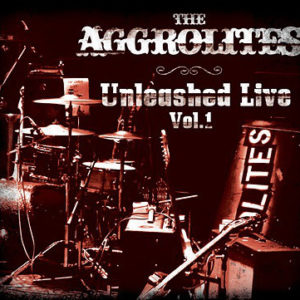 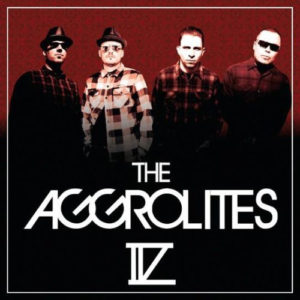