“Certain incidents, characters and timelines may have been changed for dramatic purposes” is the most common disclaimer for fictionalised entertainment based on truthful events. Whether Sylvie Kreusch’s upcoming album Montbray upholds a similar logic is for the listeners to discover on their own. One thing’s for certain however: Kreusch isn’t shy about sending the emotional pyrokinetics sky high, exhuming all the forbidden passages of heartbreak with coy curiosity.

Montbray – named after the pastoral village in Normandy where the lion’s share of the material was conceived – is a record that breathes and vents: not just in terms of lyrical gusto, but the unusual sonic spaces these tracks occupy as well. Kreusch isn’t interested in presenting listeners with some hermetically-sealed pop statement. These songs prowl in and out different wavelengths, whether it’d be the impressionist musicianship of Can, the subversive prose of Serge Gainsbourg or the ornate pop vision of Kate Bush.

Truth be told, love doesn’t have to mean a life lived covertly in the shadows. It exists right within Sylvie Kreusch’s most natural, most cherished habitat: way up high, under the brightest of lights.

Antwerp-based artist Sylvie Kreusch is rapidly rising as one of the most impressive and electrifying performers in Europe. Known for her brutal, expressive lyricism and keen ear for both experimental and pop stylistics, her work has been covered in outlets such as The Washington Post, Beats One, W Magazine, Le Monde, Le Figaro, Der Spiegel, Harper’s Bazaar,  La Stampa, Vogue US, Vogue Brazil, Vogue Paris, Dazed, Vogue Taiwan, Vogue México y Latinoamérica, and Vogue Korea.

Her trail-blazing music and visuals already turned many heads in the fields of music, film and fashion. In 2020, Azzaro Couture presented its Fall 2020 collection with a music video for her single ‘Seedy Tricks’. The campaign premiered in The New York Times and was directed by Alessandro Cangelli and Cannes-winning director Lukas Dhont. Kreusch’s moonstricken, grandiose pop smarts were also on full display with ‘Just A Touch Away’, a collaboration with photographer Joost Vandebrug and stylist Tom Eerehout.

During the past decade, Kreusch made her first waves playing in Belgium with art rockers Soldier’s Heart and Warhaus, the solo-project of Balthazar’s Maarten Devoldere. After releasing her debut EP BADA BING! BADA BOOM! and EP Wild Love her artistic vision prospered fully in 2021 on her riveting upcoming full-length, Montbray. 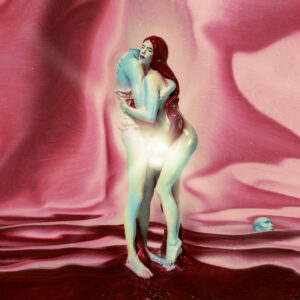