PSYCHONAUT is a psychedelic post-metal collective from Mechelen, Belgium. Their signature sound is heavily influenced by 70’s bands like Led Zeppelin and Pink Floyd, but also draws inspiration from more modern sources like Tool and Amenra.

Even though the band only consists of a traditional three-piece line-up, they are known to deliver a constantly compelling live show that grabs you by the throat from the first second to the last. Contrast and variation are the two main anchors on which they base their musical ideas.

Raw, convincing and designed to create a perpetually fascinating experience, often combining their wall of sound with intense visual landscapes and light shows by like-minded artists.

Since 2013, they have released 2 physical EP’s – ’24 Trips Around the Sun’ (2014) and ‘Ferocious Fellowman’ (2016) – which they have performed live throughout Belgium and The Netherlands. Desertfest, Rock Herk and Putrock are only a few of the stages they have conquered in the past.

PSYCHONAUT has now just released their debut full album – ‘Unfold The God Man’ – on September 1st, 2018. Recorded by Chiaran Verheyden at the honourable Daft Studios in Malmedy, Unfold The God Man is an intricate concept album dealing with strong philosophical and existential themes, ultimately describing mankind’s re-ascension to a higher level of consciousness. The nearly 70-minute-long album contains material from over 3 years of incessant writing, arranging and recording. In 2019, the band has presented the album live on festivals such as Alcatraz Festival, Rock Herk, Roadkill Festival, Maanrock, Retie Rockt and many more.
“This debut record is a testament to pure class in a dark surrounding that will drive you mad in every possible way.” (Musiczine)

“Unfold The God Man spans everything in a very heady way, often creating a unique amalgamation of tones with the highest quality of songwriting abilities.” (Heavy Blog is Heavy) 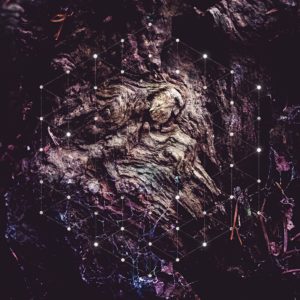