Forever Night is the latest album from Night Shop, the songwriting project of Justin Sullivan, and his first full-length album on Dangerbird Records.

The latest signpost on his musical journey is Forever Night, a record that begins with the titular song, moving with the jacked-up pace of a long forgotten power pop anthem being hummed on a city avenue outside the late night cafe.

From there the album flows through various sonic moods and tones, while the lyrics invoke literary themes and imagery, like a back-pocket paperback brought to an all-night diner where an old jazz standard plays. There’s references to Ulysses, The Divine Comedy, as well as film noir, old Hollywood and frequent geographical name checks — Pensacola, Paris, The New Jersey Turnpike — representative of a life spent on the road.

Forever Night features a reunion with Meg Duffy (Hand Habits), a long time touring compatriot in the Kevin Morby band and their first time on vinyl together since Morby’s City Music. Duffy provides bass to most of the songs and sings on “Just to Get Home”. Another frequent collaborator Jarvis Taveniere (Purple Mountains, Woods) co-produced the album, which also features Evan Weiss (Sparks) on guitar, drummer Tiffanie Lanmon and Alex Fischel (Spoon), as well as backing vocal performances from Jess Williamson on “For a While” and Anna St. Louis on “Let Me Let It Go”.

And while Forever Night is clearly his most realized work and the sound of a songwriter fully coming into his own, it’s this sense of continuum of working with others that Sullivan says is the through line that defines all of his endeavors:

“This is a special album to me but it is also merely part of the continued joy of making music with my friends. If we’re still here, after all these years, then we’re very, very lucky. So let’s enjoy it and let’s do it to honor those who couldn’t make it to this day, for whatever reason. Let’s not take it for granted.” 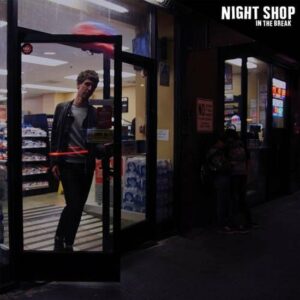