Modern Nature today announce news of a new album, Island Of Noise, released 19th November via Bella Union and available to preorder here. The album will be released only as a deluxe double vinyl box set with a second companion LP titled Island Of Silence: a beautiful instrumental reimagining of the record. The album will be released – using only sustainable material – on 180g vinyl complete with a lavish booklet featuring the work of ten other artists, including Booker-nominated poet Robin Robertson, mycologist Merlin Sheldrake, illustrator Sophy Hollington, musician Eugene Chadbourne and writer Richard King, that reinterpret, deconstruct or take inspiration from the ten tracks on the record.

Modern Nature have also shared a trailer for an accompanying film of the album – watch HERE. Around the release there will be four exclusive screenings of this around the country in partnership with Caught by the River, followed by Q&A’s with frontman Jack Cooper (full details below). Of the film, Cooper says:

“We listen to music in lots of different circumstances, but it’s increasingly rare to sit down and listen to an album without distractions, so that was really the initial aim with this film; to make something that could focus one’s attention on the music. When Conan Roberts and I started filming it at the start of the year, it quickly took on a life of its own as it built on one of the album’s main themes; finding order within chaos. Then as the year panned out, a narrative emerged with a country re-emerging from the pandemic.”

Since the demise of his previous band Ultimate Painting, Jack Cooper – under his Modern Nature guise – has never stopped looking ahead, exploring and reaching for something further. Since 2019, he’s released an EP, one full length LP, last year’s mini-album Annual, one 7” and three live cassettes, as well as the minimalist system music of this year’s Tributaries LP on Astral Spirits – in the process mapping out astonishing new terrain.

“Be not afeard, the isle is full of noises”

On re-reading The Tempest in 2019, Cooper was moved to write this quote on the wall of his workshop and doing so sparked the initial ideas and activity that culminated in this record. The short quote, part of a longer passage spoken by Caliban, “summed up what I was thinking about at the time, from the nature of music, noise and silence, to the chaos and confusion that seemed impossible to navigate.” says Cooper.

The rich imagery and themes of The Tempest have long been a springboard for artists, from Derek Jarman’s unnerving adaptation and Sibelius’ Stormen to Jackson Pollock’s Full Fathom Five, but it was the setting of an island and the insular framework it represented that appealed as a way of elaborating on the musical and lyrical themes Modern Nature has been exploring since their first record in 2019.

“I imagined the island’s landscape and how it would change and shift through the record. My guitar, Jim Wallis’ drums and John Edwards’ bass would represent a slowly evolving landscape that would provide the bedrock for the other instruments to colour. The forests, the valleys and the life would be represented by an orchestra of improvisers and classical musicians, working around certain modes and composed melodies.”

Standing in the edgelands, where the concrete meets the forest; the island’s story is told through the eyes of an outsider, arriving and trying to make sense of the mystery and chaos. What do they make of the island’s systems, its customs, the inhabitants and their beliefs. How would an outsider interpret the inequality and divide? Where would they find solace, compassion and friendship?

The album was completed during a relaxation of the pandemic restrictions in summer 2020 and for Cooper and his fellow musicians, its recording came to represent a sanctuary in itself. The feeling of freedom with which they made the record allowed for hours of improvisation and experimentation, resulting in a companion record called Island Of Silence; a more impressionistic instrumental picture of the island and its music.

Elaborating one step further, Cooper approached ten artists he felt an affinity towards (including Booker-nominated poet Robin Robertson, mycologist Merlin Sheldrake, illustrator Sophy Hollington, polymath Eugene Chadbourne and The Lark Ascending author Richard King) and asked them to reinterpret, deconstruct or take inspiration from one of the ten pieces of music for an accompanying book. Island Of Noise and Island Of Silence were both recorded on 2” tape with long-term collaborator and co-producer Ed Deegan and then cut directly to vinyl. Similar attention has been paid to the production of the book and box-set, with all of the material, including the vinyl, sourced from recycled and sustainable materials.

Cooper once said: “With every song we record or musician we gain, another door seems to open on a route that’s worth pursuing.”  More than ever, this rings true on Island Of Noise and Island Of Silence, with the musicians sharing a collective vision that builds the most cohesive and exploratory version of Modern Nature yet. Island Of Noise fits beautifully between genres sitting alongside (modern) classics like Mark Hollis’ Mark Hollis, David Sylvian’s Blemish, Bert Jansch’s Birthday Blues and Scritti Politti’s Songs To Remember.

Like those, this is an album that may confound or challenge some, but will stand the test of time to those that open themselves up to Modern Nature. 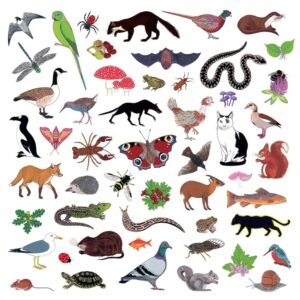 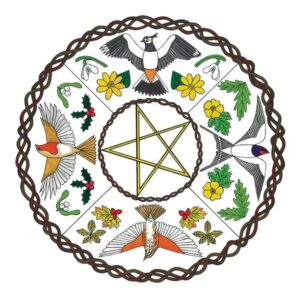 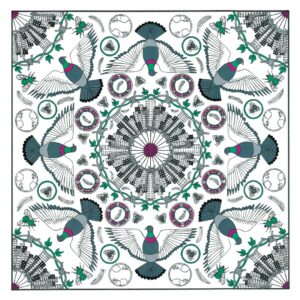