Luca D’Alberto’s music is to be heard not only with the ears – rather it is a melding of sounds and notes crafted for the listener’s every sense, allowing them small respite from everyday life and a chance to wander into their own imaginings. Following the success of the debut album ‘Endless’, released in 2017, the multi-instrumentalist and composer from Abruzzo, Italy is ready for his next step with ‘Exile’(releasing 5th October 2018), his second studio album and his second release with 7K!, the label launched by the historic Berlin label !K7 dedicated to new music drawing from classical compositional influences.

Of his compositional process, Luca says: “When I need to concentrate on a new work, I like to lock myself in a room and not only compose, but also play and record everything myself,” he explains. “It’s not something that many people do; we’re used to listening to records that don’t really reflect the talent of those who made them, because they’re made with entire teams of arrangers, performers and producers. For me, instead, the individual and personal connection between the creative idea, its implementation and the recording is crucial. In this new music all the composition and performance is entirely my own; it is my personal touch, which, precisely because it’s personal, can’t be replicated. The title refers to my desire to be present in my music, independent of others and using all my own strengths and limitations.”

As a result, D’Alberto’s music is built around powerful and memorable melodies, incisive crescendos alternated with more expansive passages, sound pyramids in which hidden elements emerge and chase each other; an interweaving dance of violin and piano, rhythms that seem to emerge from nowhere to create intriguing layers.

Luca D’Alberto’s memorable live performances (as seen in such renowned venues in 2018 as at Hamburg’s Elbphilharmonie, Amsterdam’s Paradiso, and the influential Eurosonic Noorderslag conference) see him backed by two companions and band members – contributing cello and piano respectively. 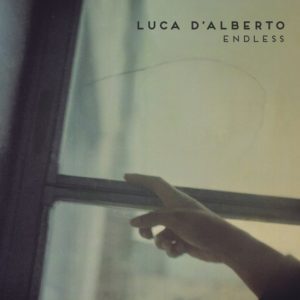