K-X-P was first called K-N-P from Kaukolampi, Nykänen, and Puranen. Anssi Nykänen (the N) was always
playing other shows with various bands and artists, so the N became X marking mystery revolving spot for
drummer. K-X-P records nowadays with both drummers Anssi Nykänen and Tomi Leppänen in the studio.
There have been rare live concerts with both of them on stage, but Tomi Leppänen, has been the regular for
most shows.

Both Kaukolampi and Puranen were part of Op:l Bastards, before roughly forming K-X-P in 2006. Norwegian
label Smalltown Supersound happened to hear some demos from a new project led by Kaukolampi and was
totally blown away. They started an intense chase for an album that lasted several years. As K-X-P they tell the
story “The band started forming around very loosely organized studio sessions based on programmed ideas of
Timo Kaukolampi. During a period of…let’s face it, years, the music slowly grew into the tracks that ended up
on the album.”


In 2010 the band released their first record, the self-titled K-X-P, earning favourable reviews from Q, Future
Music, Pitchfork and XLR8R. They describe their sound as “Original – Electronic – Motorhead – Space – Trance
– Spiritual – Rock – Meditation – Freejazz.” Reviews from the likes of Pitchfork, Mojo and Clash Magazine also
define the sound as having a strong Krautrock element.

K-X-P mixes electronics, kraut, noise, rock and even rockabilly into a hypnotic and minimalistic groove with
references to bands like Spacemen £, This Heat, 23 Skiddo, Suicide and Neu! The band themselves name
Raymond Scott, Moondog & Martin Rev as inspirations while making this album. Following the album’s
release and critical acclaim, K-X-P toured Europe and the UK.

Hot on the heels of their debut album, the band signed to Melodic in Manchester and released a three-track EP
entitled “Easy”. The band then toured Scandinavia in support of the new release.

The second full-length album “K-X-P II” was written in Berlin and completed in Helsinki, and it was released
on Melodic (UK) on February 11th2013. The band recorded in converted cinemas and traditional studios,
surrounding themselves with vintage equipment, analogue electronics and – for the first time – analogue step
sequencers.

The album is a record for the band that K-X-P grew into on stage. “That’s where we unleash our power,” says
Kaukolampi. “Pre first album shows were pretty static and minimal. Now it’s totally all over the place,
exploding energy. Free jazz, drone, noise, pop, rock.” K-X-P’s hypnotically pounding live shows tend to be
improvisational and very loud. Given some of the conditions the band has played it, a simple formula is best:
high energy level and pure honesty. They have go on to support and tour with, Konono #1, Cluster, James Blake and Moon Duo, amongst others.

Alongside the band, Kaukolampi has also worked on productions for Xenomania where he composed for,
among others – Annie (who also appears as a guest vocalist on ‘K-X-P II’).

Following the release of “K-X-P II”, the band have travelled around the EU, Russia and USA to promote the
record and continue recording and producing new material for their next record, and other artists.
Furure releases will come thru bands own record label Öm, under the umbrella of Finnish Svart Records. Öm,
takes it name from the mystical Sanskrit sound Om and the umlauts in the Motörhead logo – two pivotal
influences in the K-X-P sound. The band are putting the finishing touches to their third album which will see the
light of day in 2015 and carrying out their live rituals at the following places this December… 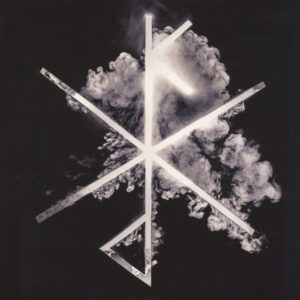 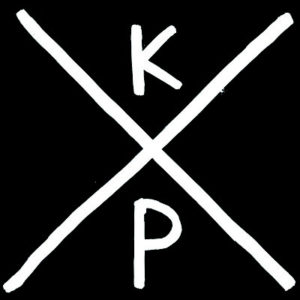