It’s easy to overlook the fact that, despite only three solo albums in 18 years, JOSÉ GONZÁLEZ has packed out distinguished venues from Sydney to Tallinn – via Berlin, Barcelona and Rio De Janeiro – and even sold out London’s prestigious, 4000+ capacity Royal Albert Hall a full three years after his last acclaimed collection, 2015’s Vestiges & Claws.

GONZÁLEZ’ long-awaited fourth album, LOCAL VALLEY, provides a welcome reminder of his understated appeal and his singular ability. LOCAL VALLEY again finds GONZÁLEZ alone with just a handful of nylon-stringed Spanish guitars, chosen for their resonances and characters. This time, however he employs an iPad’s DM1 drum machine app, replacing the congas and bongos of 2003’s Veneer and 2007’s In Our Nature and his percussive use of the guitar itself on Vestiges & Claws. “I also allowed myself to loop guitars as I aim to do live with pedals,” he adds, “and in my head I was hearing how each track would fit with an orchestra (The String Theory) or my five-piece band (The Brite Lites), with whom I’ve been touring on and off the last decade.”

He’s sung with Sia (on Zero 7’s The Garden), dominated the soundtrack to Ben Stiller’s The Secret Life of Walter Mitty, seen his irresistible cover of The Knife’s ‘Heartbeats’ employed in one of the century-so-far’s most striking advertising campaigns (for Sony BRAVIA), won Best Song in a Game for ‘Far Away’ (included in Red Dead Redemption) at the 2010 Spike VGA Awards, and recently his cover of Massive Attack’s ‘Teardrop’ was featured in an iconic scene in The Last Dance, Netflix’s recent documentary about Michael Jordan. He has earned platinum and gold records in the UK, Australia, New Zealand and his Swedish homeland and he recently hit the milestone of a billion streams on Spotify alone.

Four albums in, LOCAL VALLEY finds him – in the words of ‘Visions’ – “Imagining the worlds that could be / Shaping a mosaic of fates / For all sentient beings.” Few people would – or could – slip such a bold claim into a song so soberly and nimbly, but then again, few people have managed to become quite so celebrated worldwide quite as quietly as JOSÉ GONZÁLEZ has. Since he first arrived with debut single ‘Crosses’ back in 2003, both he and his music have remained dependably quiet and unassuming. To underestimate him on account of his modest nature, however, would certainly be regrettable. What a relief it is to be reminded that you don’t have to be loud to be heard. 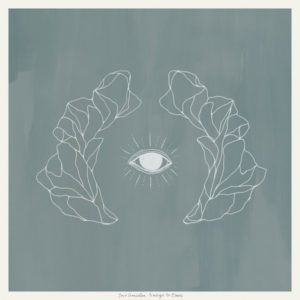 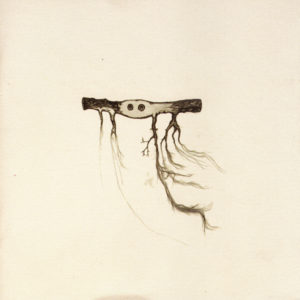 In Our Nature
Imperial Recording(2007) 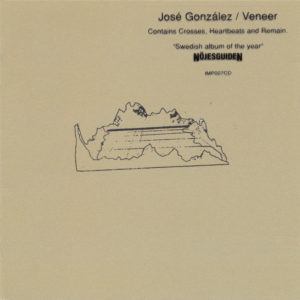