The angular, intricate, and intelligent compositions of Hospitality signal a sophisticated new pop voice. Singer Amber Papini’s idiosyncratic songwriting and incisive lyrics coupled with the band’s rich arrangements on their self-titled debut explore youth, New York, and the bittersweet commingling of past and present in a way that feels just right, right now.

From the opening phrase of “Eighth Avenue,” guitar hooks are balanced with a cultivated melody. Papini’s singing has a wisp of an English accent via Kansas City (she learned to sing by imitating Richard Butler on The Psychedelic Furs’ Talk Talk Talk) and her lyrics create a moonstruck, even cinematic vision of New York City, where the band formed in 2007. The production by Shane Stoneback (Vampire Weekend, Sleigh Bells) and band member Nathan Michel (guitar, drums, keyboards), who released his share of experimental “bedroom” pop, culminating in 2005’s The Beast (Skipp/Sonig), imbues the entire record with an intimate yet prodigious sound, layering period keyboards with horns, synthesizers, and treated guitars.

Hospitality the album has an overarching vision and should be listened to as a whole, though every song registers as a single. (Will Merge take a cue from Epic’s Thriller campaign and release seven singles? They should!) “Friends of Friends” could break the Hot 100 with its heavy intro, swingin’ breakdown, and horn riffs; “Betty Wang,” the lynchpin of their live set a few years back, is impossibly catchy, the story of one of Papini’s real-life colleagues at a financial day job; and “The Right Profession” is a power-pop burst of an anthem with Papini chanting the immortal line, “It’s hard to change!” (Isn’t it?) And “The Birthday,” with a sinuous, dissonant lead guitar, the lockstep rhythm of the drums, and Brian Betancourt’s nimble bass, wouldn’t be out of place on The Police’s debut record, but its epic coda makes it decidedly CinemaScope. Hospitality, while hearkening back to ’70s/’80s pop–both Elvis Costello and Kate Bush are influences–has an ambitious vision: its big promise is nowhere more evident than on the gorgeous anthem “Julie,” the album’s centerpiece which already sounds like a classic. The song’s lush, glorious build is coupled with lyrics inspired by Papini’s great-grandfather, a Pennsylvania coalminer.

Reprising some songs from a self-released 2008 EP recorded by Karl Blau (K Records) allows Hospitality to nod to its beginnings as a more lo-fi outfit; that early intimacy can be found in the arrangement of the cheeky and distinctly NC-17 “Liberal Arts.” And after patiently honing its craft, playing concerts (and gaining converts), Hospitality has reached what will be its first apex with many more heights to come; from their modest debut in a Red Hook row house, the band has evolved from four-track low-fidelity to a luxury five-star future. 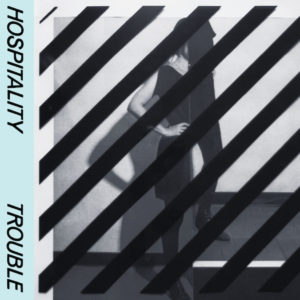 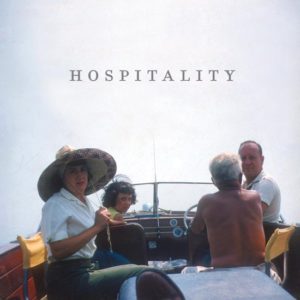 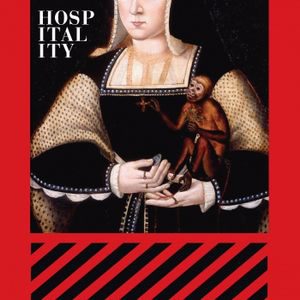