There was a time when Mogadishu, the capital of Somalia, was often referred to as the “pearl of the Indian Ocean.” Before Dictator Mohamed Siad Barre was ousted in 1991 and the country plunged into civil war, it was a beautiful, cosmopolitan city with the nightlife and bands like Dur Dur to soundtrack it. Today, it’s a scarred place under persistent threat from the country’s still-powerful religious militias and al-Shabaab suicide bombers.

Dur Dur Band it’s the name originally taken by 80’s Mogadishu Somalia Funk, Disco, Soul Band that was later disbanded in the In the early 90s, unable to continue playing in their city, Dur-Dur Band broke up and scattered abroad. Their competition did too, and the cinemas, studios, hotels and theaters that once played host to their music closed, or were forced to. In 2006, Mogadishu was briefly dominated by Islamic extremists who attempted to outlaw music. The place where this music was made is still listed on the map as though nothing changed, but it’s not the same city today as it was in 1987. These music recordings are a superb glimpse of what was and what’s been lost.

Dur Dur Band International as it’s known now is the regrouping of some of the original Dur Dur Band founding members such as the legendary bass player Abdillahi Ujerry, also Mohamaed Karama, Qomal, Omar Teesiyow including the legendry Iftin Band musicians Saleh Hariri, Nabil, Ali Atore, Yusuf Nagi and Said Hussein from Waaberi National Band with the phenomenon vocalist Fadumian Hilowle with a repertoire of Funky Old-ies and contemporary compilations of the best in Somali Funk.
Dur Dur Band became famous 1980s in Somalia with the lead singers such as; Sahra Dawo, Pastow, Eddi, Shimali, Qoma, Baastow and other vocalists, and have tak-en by storm in Somali pop culture and were very popular in neighboring countries: Ethiopia, Djibouti and Kenya, until the civil war broke out in Somali 1991, and was later based to play in Addis Ababa venues, Ethiopia.
Many of the Somali musicians had fled the country to seek sanctuaries outside Somali a mainly in East Africa and Europe and at the time many had been executed or killed by the religious factions for their love of music art and culture.

Dur Dur also means “spring” in Somali. London based 8piece Somali Funk Band, Dur Dur Band International is currently the only Somali Live Music Band in the world re-vived by Mr Liban Noah. And have toured in Europe mainly in the Scandinavian and UK, the band have some very good newspaper and radio reviews.
Somali people are oral society and often express their feelings and anxieties through poems, singing, dancing music and drama story telling. 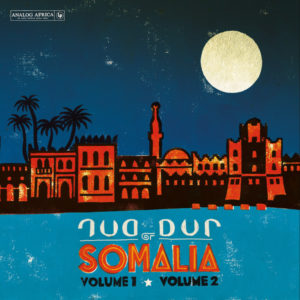