Douglas McCombs’s goal for his longstanding Brokeback project has always been to do service to those fleeting moments in life when everything seems clear and defined and beautiful and the hair stands up on the back of your neck. These moments are hard to describe and by their nature impossible to capture, but to try it is to be inspired. They’re not always auditory, but for their musical expression, think Roy Orbison when he’s sad and lonely, or alternately when he’s feeling triumphant, a Tom Verlaine guitar solo, Stravinsky and Erik Satie, an Ennio Morricone crescendo. Or Billy Gibbons, in a lyric like “Ridin’ ’top the floodway on a Friday night / The landscape’s a fine and natural sight.”

In the fall of 2010, when McCombs convened a new version of the band, Brokeback hadn’t played a live show for more than two years and had not recorded any new music for eight. McCombs’s idea was not to start over, exactly, but to start fresh, approaching similar harmonic content from a different direction, taking into consideration the perspectives of the three new guys, Pete Croke (Tight Phantomz, Head of Skulls!, Reds and Blue), Chris Hansen (Pinebender, Head of Skulls!), and James Elkington (the Zincs, the Horse’s Ha).

The idea was to make this new version of Brokeback as much like everyone’s first band as possible. They set up a once- or twice-weekly practice schedule, and for almost a year stuck to it as diligently as possible. Only in September 2011, when they felt confident that they had a decent set of material together, did they begin playing live shows.

The next step was crucial to the development of the songs that would end up on Brokeback and the Black Rock. The band resolved to spend about six months playing as many shows as they could, trying not to turn anything down, and even lucked into a ten-date tour opening for their friends the Sea and Cake. As everybody learns in their first band, playing new songs ten days in a row really locks everything down and makes it clear what’s working and what’s not.

In April 2012 they spent two days tracking with recording engineer John McEntire, McCombs’s bandmate in Tortoise, at his Soma Electronic Music Studio. They did some overdubbing and tweaking at Elkington’s home studio, NADA, and in July went back to Soma for two days with McEntire to mix. Done.

Brokeback and the Black Rock has the sound of a band playing. The arrangements were sweated over during the year and a half prior to recording, so the challenge was to capture convincing performances of the songs. McEntire has done a great job recording the band. The bass and drums sound natural and full. The guitars are clear and ringing with just the right growl. Oh, and this band likes reverb. There are moments that recall the more delicate and nuanced approach of earlier Brokeback recordings, but the real attraction is the increased dynamic range of a group of musicians who’ve been playing together for a while. There are moments of pure release that would not have been possible in other versions of Brokeback. 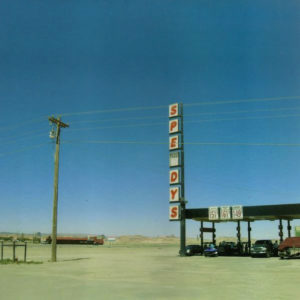 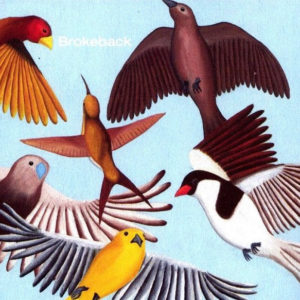 Looks at the Bird
Thrill Jockey(2003) 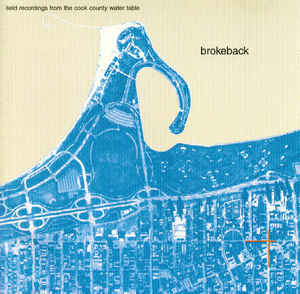