In 2006, David Moore started Bing & Ruth as a way to bring his compositions to an audience beyond academia. A pianist from Kansas, studying at the New School for Jazz and Contemporary Music in New York’s Greenwich Village, Moore was writing the sort of music he wanted to hear: minimalist ensemble music with a certain filmic sensitivity, one that prioritized grace and texture over the style’s once-radical subtraction. Following the seasoned history of minimalist heroes at the New School like John Cage and Steve Reich—both of whom taught at the institution throughout the 1950s and ’60s—Moore’s compositions looked past the studied repetition of the style’s most prominent forerunners towards a form built on feeling, a mobilization of time-honoured shapes, now angled outward towards a greater totalizing sublime. The piece’s mark the culmination of Moore’s piano studies, pairing tender lines that emphasize the instrument’s more percussive qualities with running woodwinds, warbling tape delays, and splattered upright bass lines that stare out with a wide-eyed transcendence.

After a short hiatus, spent focused on other projects, Moore returned to Bing & Ruth in 2010 with City Lake. The ensemble had grown to eleven members, making touring and rehearsals increasingly difficult to coordinate, especially given the current landscape of classical music, which can make finding patronage outside of a few prodigious, metropolitan institutions a task that often seems insurmountable. Instead he sold self-released vinyl from his basement and at their shows around New York. As Moore continued, despite constant setbacks and frustrations, in his early sketches of new material, it seemed that the project would soon fade into obscurity. Around this time, Moore was put in touch with the experimental label RVNG INTL. and the pair worked together on two full-length LPs over the coming years.

Of these albums, 2014’s Tomorrow Was the Golden Age parsed the group’s eleven members to a seven-person ensemble that distilled minimalism’s most emotive moments down to artful melodies with a heavy, heartbreaking affect. The album brought the band a newfound acclaim as it made waves around the underground community, reviving interest in the meditative pop traditions of Philip Glass and Harold Budd, stretching so-called “classical” music to new limits, and proving that there was in fact a committed audience for this sort of thoughtful contemporary composition. The album was even named “one of the finest leftfield releases of the year” by Pitchfork and earned similar praise from The Quietus and Resident Advisor.

Now almost two years later, No Home of the Mind finds Moore returning to the piano a heavier, more driven feeling. Composed on seventeen pianos across North America and Europe over numerous sessions, tours, and travel, the pieces channel the idiosyncrasies and respective limitations of each instrument into inspiration. “For me I feel like different pianos all have their own personalities,” Moore says, “So in writing these new songs, I tried to embrace the personalities of the pianos I was spending time with.” These self-contained piano lines soon grew into accompaniment and independent parts as the pieces were arranged for tight five-person ensemble pieces. Recorded in just two days at a repurposed church in Hudson, NY, in the fewest takes possible, an attempt to capture the immediacy of classic session-style musicianship, where one-take recordings were a standard to keep costs down. “We had everything rehearsed, worked out and ready to go before we ever stepped in front of a microphone so when we did, it was like instinct coming back into play,” he noted. After over a year of heartfelt composition, No Home of the Mind finds a newfound confidence, a refinement of color and cadence that pulls together a year’s worth of studied feeling into an album that looks outward with freshfaced, affective new forms. 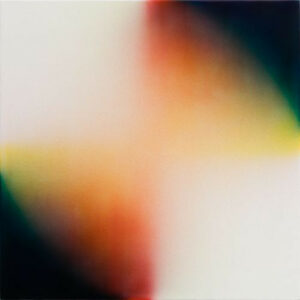 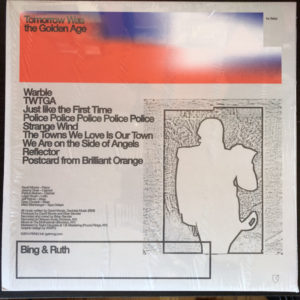 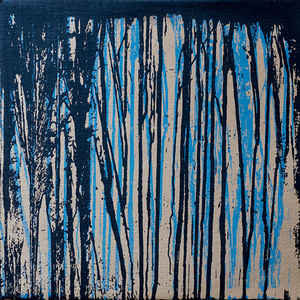