Today, Charlottesville, Virginia’s Gold Connections – led by songwriter, guitarist and lyricist Will Marsh – share the third track from their forthcoming self-titled debut EP, which arrives March 31st on Fat Possum. It comes in the guise of lilting, country-inflected ‘Isabel’, which builds from interlocking guitar patterns into an acid-drenched sonic storm rich in the tradition of the very best road-ready indie rock. It follows the recently released ‘New Religion’ and ‘Faith In Anyone’.

Speaking of the track, Marsh says: “‘Isabel’ is not a song about a girl, but a blurred portrait of the circus we call love. It took two years to write because I kept on finding new bizarre angles…If Isabel is a girl then she’s parading somewhere out of view.”

The news of ‘Isabel’ is accompanied by an expansion of Gold Connections’ US touring plans this spring. Alongside the previously announced pre-SXSW dates with Fat Possum labelmates The Districts, Gold Connections will embark on a short east coast run with Philadelphia’s Suburban Living before joining Car Seat Headrest for a trio of summer dates in Virginia, Ohio and Vermont. Please see below for a full touring itinerary.

Gold Connections recently debuted on Hype Machine’s Top 10 Popular Artist chart — and on Sirius XMU’s ‘Download 15’ playlist — with ‘New Religion’, the thrilling first single, which Stereogum called “an animal of its own. Languid atmospherics give birth to howlingly aggressive rock ‘n’ roll that ultimately builds to a richly arranged climax.” Gold Connections’ debut EP was home-recorded in the spring of 2014 in Williamsburg, VA, and features production, engineering, and mixing by Will Toledo (Car Seat Headrest). It is comprised of the band’s five best, earliest original songs written by Marsh while he was an undergrad of the College of William & Mary in Virginia. Though Toledo won’t be a member going forward, he also plays drums, electric guitar, bass, and backing vocals throughout the EP.

“These have been some of my favorite rock songs for years, and you can listen to one of them right now!” – Will Toledo (Car Seat Headrest) 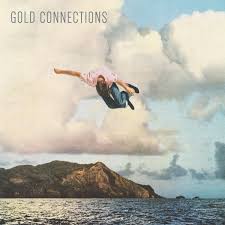